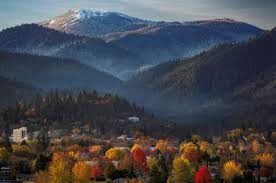 Public Policy actions have long been part of our Branch activities. About 1980, our
Branch was active in the statewide push to include kindergarten as part of public
education. Yes, it used to be 1 thru 12 rather than K-12. Sounds like ancient
history. But Oregon AAUW, along with branches throughout the state, lobbied
and pushed the Oregon Legislature to require all school districts to offer
kindergarten. The bill was finally approved in July 1981.

In the 1990s, Jan Waitt and other Branch members worked for Oregon issues: the
Vote-by-Mail measure and public campaign financing, for example. Jan also
wrote the Public Policy columns in our newsletter.

In 2002 Cheryl Goldman took over writing the columns, and she introduced us to
the Two-Minute Activist at the AAUW website, where we can send emails to our
senators and Representative Walden.

In 2007 our Branch Strategic Plan called for the creation of a Public Policy Team.
While the Public Policy Programs for National and for Oregon are comprehensive
and wide-reaching, the Ashland Team has picked from the advocacy goals to
develop specific Forums and events that bring awareness, involve our audience,
and bring them to new connections and possible actions. And . . . to get media
coverage for the issue and for Ashland AAUW.

March 2009: Leveling the Playing Field. A look at women in the workplace, with
Sara Brown moderating the panel: Lynn Thompson, labor and employment
attorney, represented employers in pay equity cases; Sandra Slattery, CEO of the
Ashland Chamber of Commerce, on the many women who have started their
own businesses here; and Pam Hammond, owner of Paddington Station, on why
she went into business for herself.

April 2009: Unequal Cookie Day in support of pay equity for women. Large
group of AAUW members made hundreds of cookies in Elaine Sweet’s kitchen.
We handed them out on the plaza, engaging many locals and visitors. Handed
out Pay Equity Quiz. Laura Cavanaugh from KOBI-TV, Channel 5, interviewed
Cheryl Goldman and Pat Brewer, with a story on the local news that evening, and
John Darling wrote an article for the Mail Tribune.

October 2009: Techniques in Courage: How to Respond to Bullies. We
presented a skit, presentation of research on the bullying circle and
bystanders/defenders, small group discussions. With discussion and audience
participation, audience members learned how to recognize bullying and what to
do about it. State Representative Peter Buckley spoke about legislative efforts to
address bullying in schools and in cyberspace.

March 2010: Breaking Through Barriers: What Women Think of Themselves
and Their Possibilities. Sandra gave a quick tour of the first 3 waves of feminism,
then Deltra Ferguson and four young SOU students gave us their outlook on
feminism today. How far have women come? How much further will we go?
History, family, science, education, gutsy women and men bent on justice (learn a
new definition of feminism). Small group discussions.

March 2012: Equity in Action –> The Heart of Our Mission. Divided into 5
groups, AAUW members explored one of these five major issues: Violence
against women, Pay inequity, Sexual harassment in schools, Gender gap in
leadership, and War on access to contraception and abortion.

November 2013: Women in High Places: Attorney General Ellen Rosenblum.
AG Rosenblum wowed us all as she spoke of her eight departments and 1300
staffers, half of whom work in children’s support services. Joint meeting with
AAUW Medford.

Sept 2015- June 2016: Economic Security for Women and Families looking at Public Policy at the state level

Members of Ashland Public Policy team attended AAUW Lobby Day in Salem advocating for an increase in the minimum wage and pay equity for women.

Jan 2017: Representative Pam Marsh, delivered the keynote at the branch meeting prior to the beginning of the 2017 legislative session.
Feb 2017: Thirteen Ashland members attended Lobby Day 2017 in Salem to lobby their legislators Pam March and Alan DeBoer.
April 2017: Equal Pay Day was celebrated with a rally on the Plaza and along E. Main.
June 2017: Governor Brown signed into law, the Equal Pay Act.
June 2017: Four members attended the national AAUW Convention in Washington D.C. September 2017: Convention attendees presented at the branch meeting on their experiences.

February
Five Ashland members journeyed to Salem for Lobby Day.  The 2018 topic was “Oregon’s Policy on Sexual Harassment, Bullying and Assault in our Schools: Is it Enough?”

April
On Equal Pay Day the Public Policy committee sponsored a brown bag lunch at the Ashland Public Library where we presented the Equal Pay Toolkit to explain our new Oregon law.

October
Public policy members spoke at meetings and wrote two articles to urge members to vote NO on Measures 103, 104, 105 and 106.

Education Efforts All Year
Public Policy writes a monthly column in the branch newsletter Vision, writes a quarterly opinion column for the Ashland Tidings and continually submits letters to the editor on timely topics affecting women and girls. 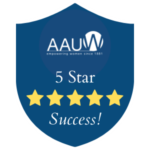